What is saddle stitching?

It is not uncommon to read the words "handmade", "handmade" or "handmade", highlighted by many leather goods brands. However, in the majority of cases, the sewing machine is used for the realization of seams. At Lamaro, no sewing machine, but the saddle stitch.

What is saddle stitching?

Saddlery stitching is the most widely used manual stitching technique in saddlery and leather goods. It is a centuries-old technique, originally invented for carriage parts, then later used in luxury leather goods. It is considered to be the strongest stitching available, and it is often said that leather will give way before it does! But one of its particularities is that it cannot be reproduced by a machine.


What are the differences between "machine" and "saddle" sewing?

It is not a question here of denigrating the so-called "machine" sewing, which requires a real know-how on the part of the leatherworker who uses it, but simply of pointing out the differences that exist.

Saddle stitching is done with a single thread and two needles, one at each end of the thread. At each stitch, the part of the thread located above the piece to be sewn will pass to the bottom and the one below will pass to the top. The two parts of the thread cross each other in the material forming a knot (this is also often referred to as a laced saddle stitch), hence the extreme strength of this stitch. In other words, if the thread breaks at one point, the seam will not come apart.

In contrast, a sewing machine uses two threads: one for the top, one for the bottom (which can be different colours). The threads cross each other halfway through but always remain on their side, one holding the other. In this case, if a thread breaks, the seam is likely to come apart, since the second thread will no longer be held by the first. 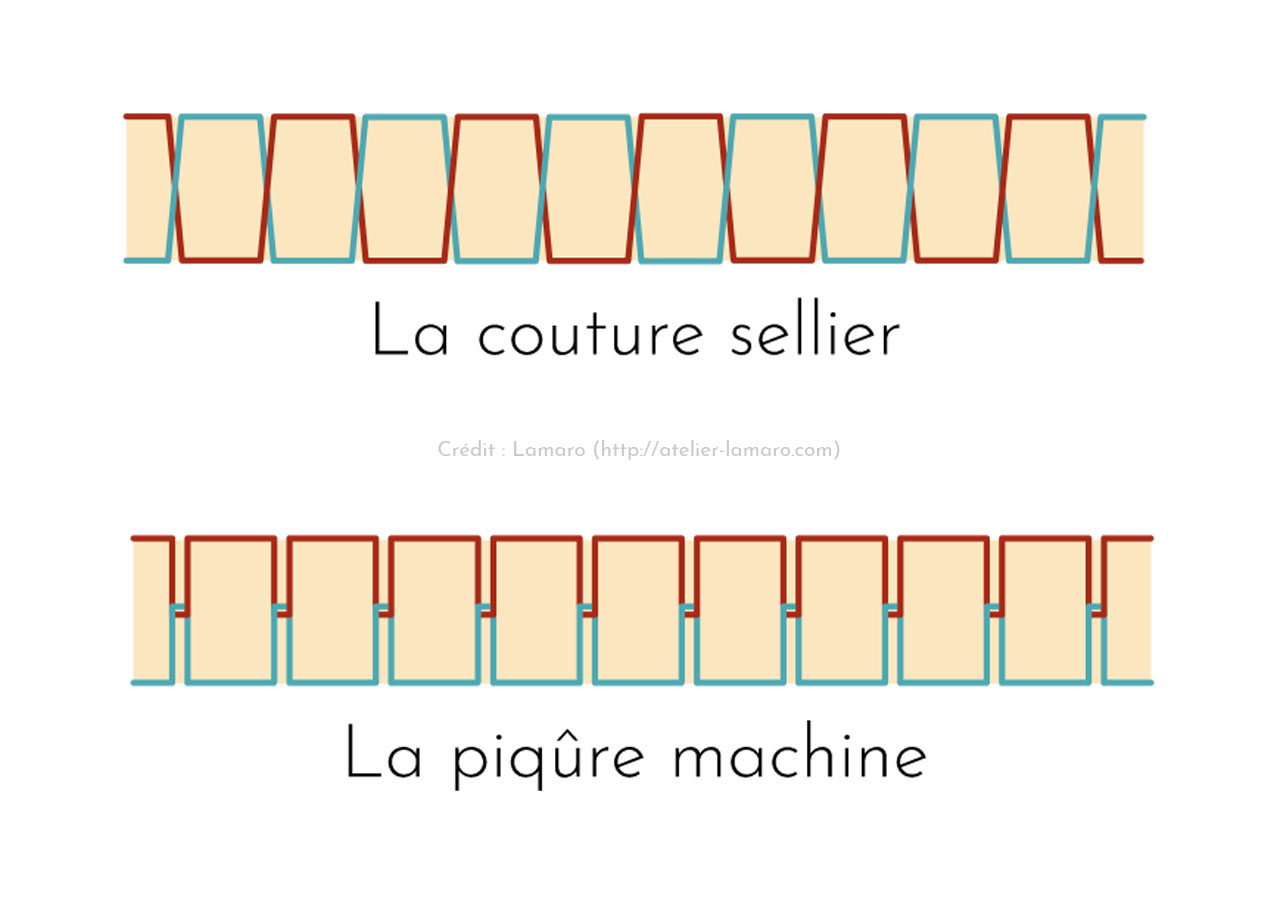 Beyond its solidity, the saddle stitch is also used for its aestheticism, a slightly inclined stitch, very recognizable. Nevertheless, a machine can be equipped with a diamond-shaped needle which makes it possible to carry out, at least on the front face, an inclined stitch close to the saddle stitch. This is the case for Hermès bags, which, contrary to certain preconceived ideas, are not entirely hand-sewn.

However, there are two ways to distinguish them, for the discerning eye: 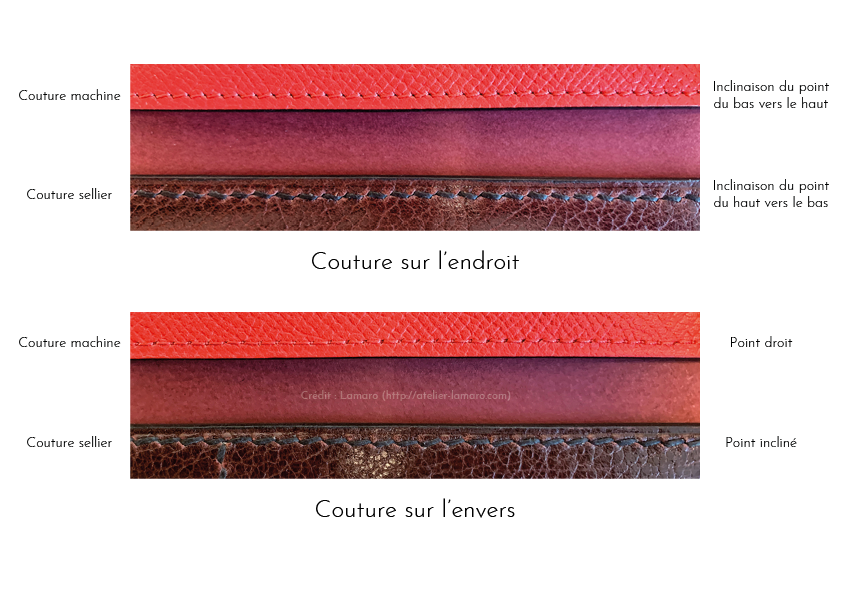 How is a saddle stitch made?

To make a saddle stitch you need a certain number of tools: 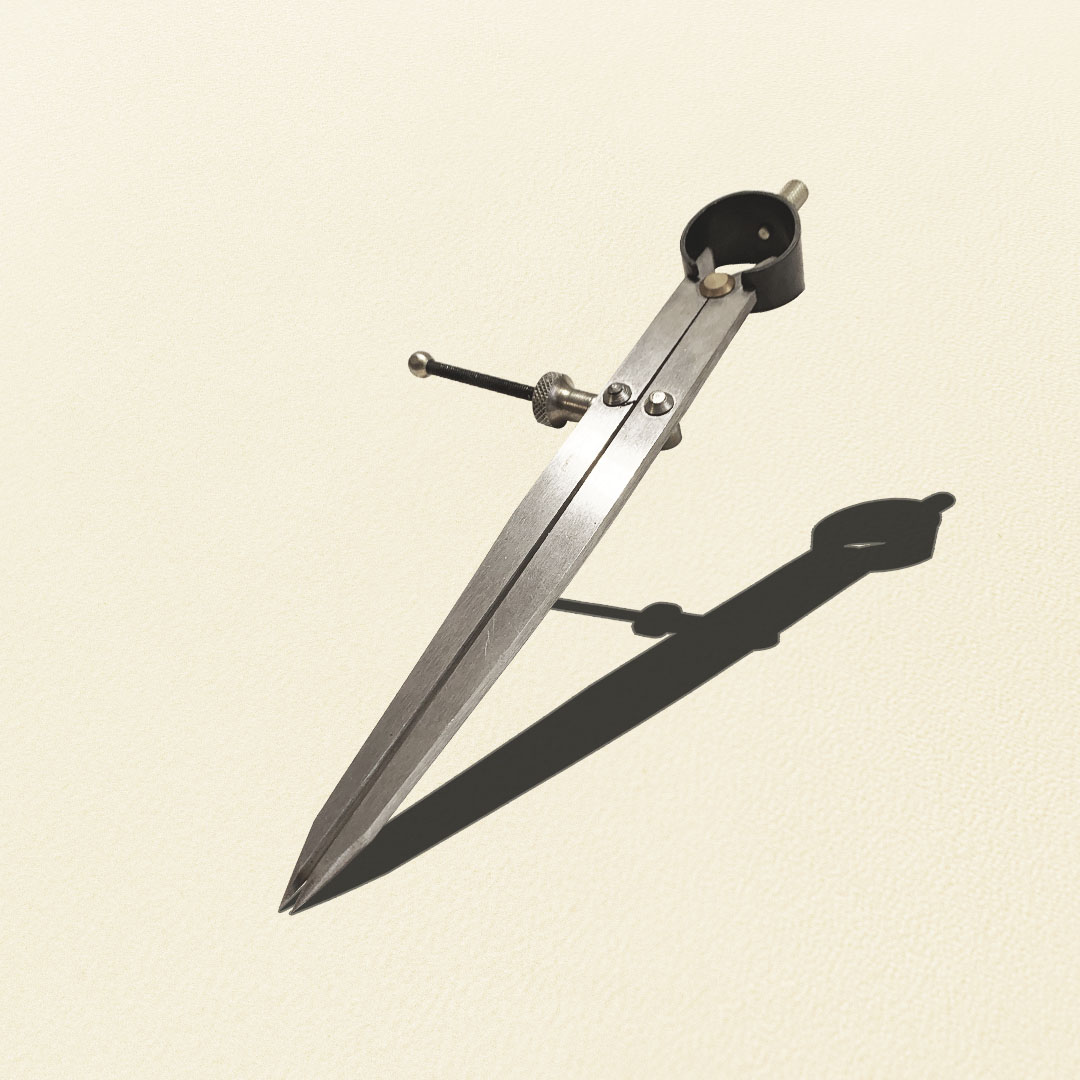 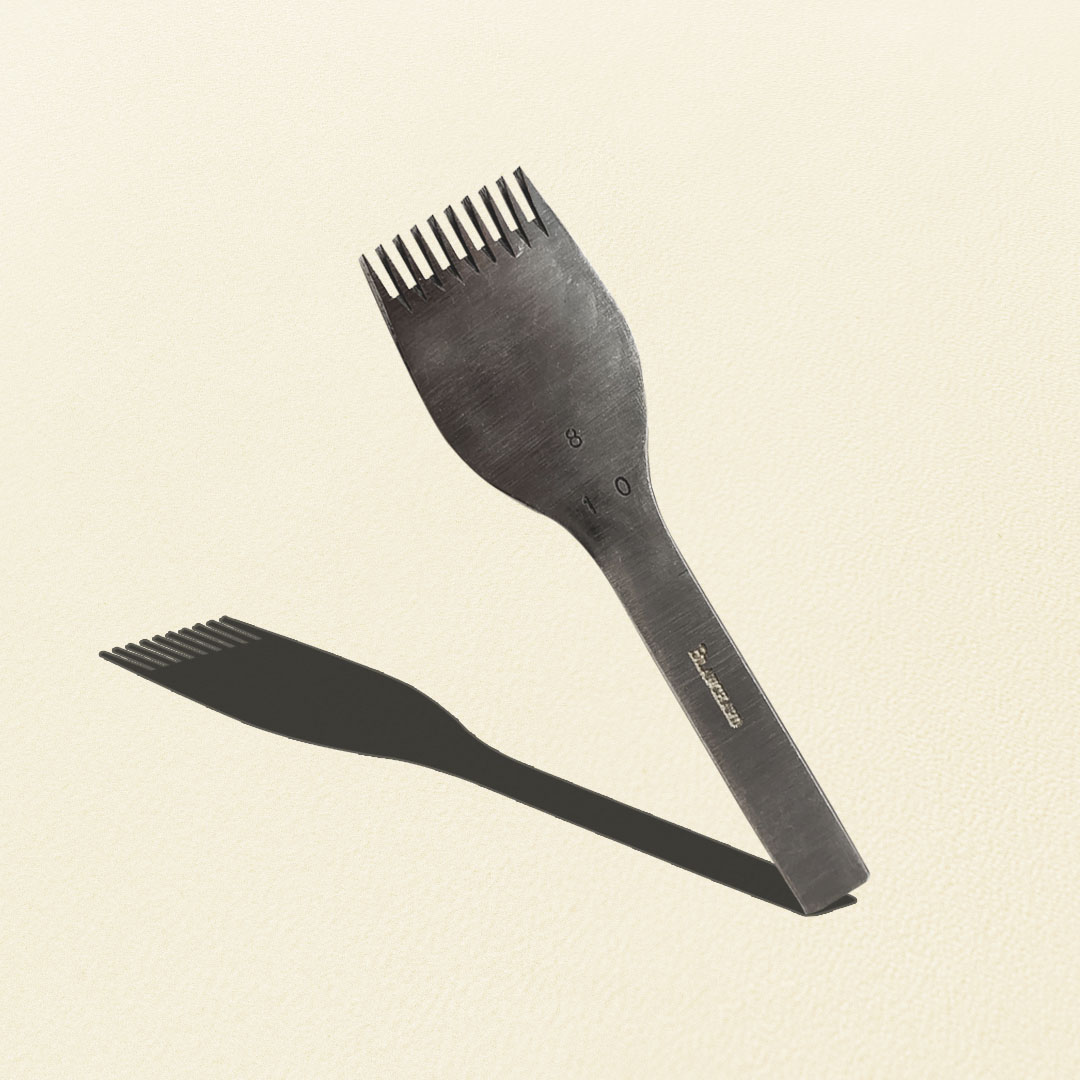 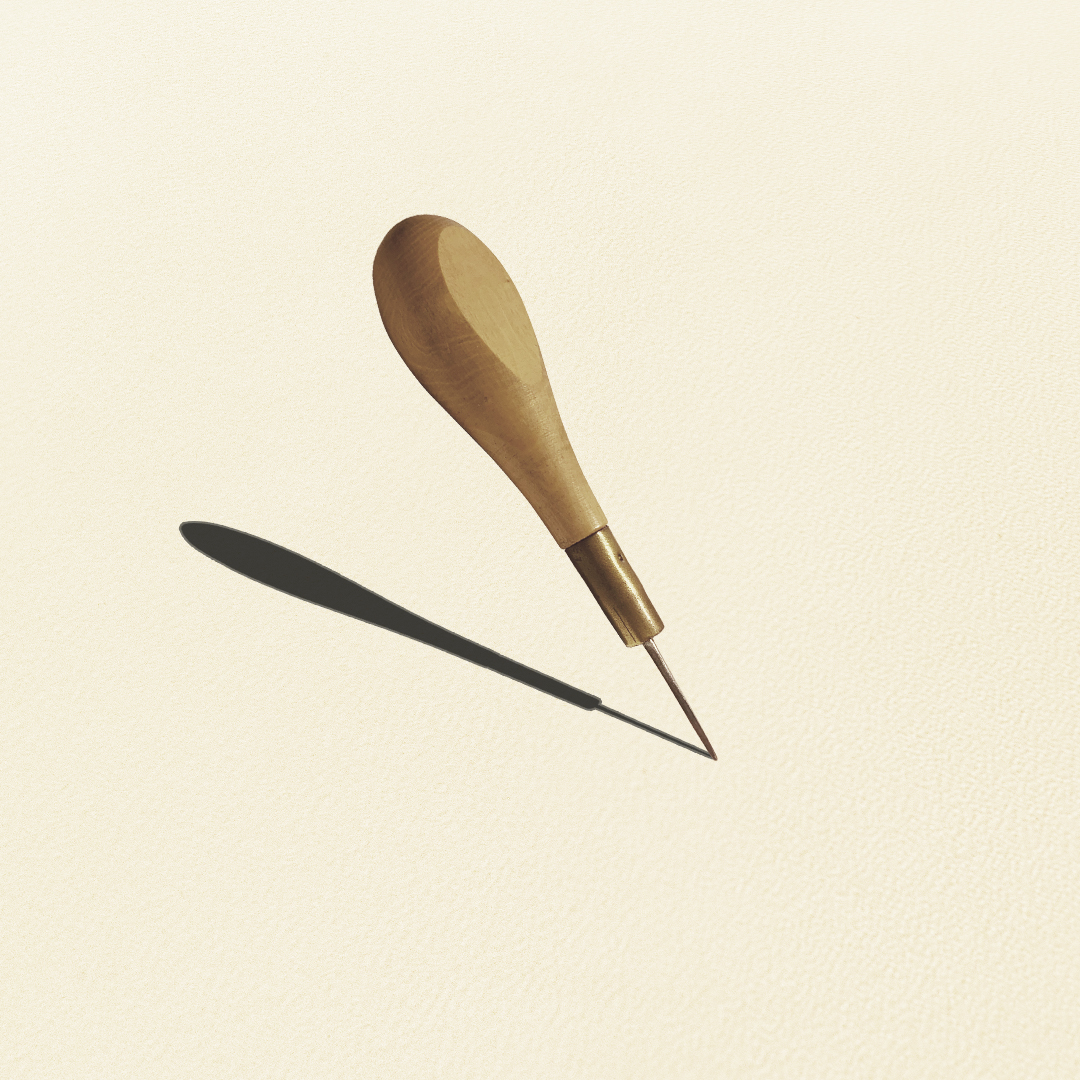 The awl with clamps

If machine sewing is a much more economical choice, at Lamaro we have chosen to perpetuate ancestral know-how and to propose articles of great solidity and durability, manufactured according to the rules of the art. Now, the difference between these two practices has no more secret for you! You will be able to more easily understand the work that represents a piece of leather goods 100% handmade and hand-sewn. If you wish to discover more about our values and our manufacturing techniques, go to the"About" tab of our online store. Do not hesitate to ask any questions in comments, we will be happy to answer you.

You can also find the entire collection Lamaro by clicking here.